Well, actually I had help, and it did not take too much convincing.  Rob asked me to join him in visiting his parents grave at West Point, “and we could stop at the Red Lion Inn on the way home,” he added.  Sorry Mimsy, again there last night, but no time to get your invitation in the mail.

We met at 7AM for breakfast at Murray’s along with his wife Barbara and sister-in-law Lynne.  When done he said, “go home and pack a bag, who knows we may not make it home.”  So, I did. Guess he has been reading too much SHUNPIKING WITH RAY, and understands what it is all about.

Well, almost. When heading to your furthest point to then head home it is forgivable to cheat and take the Pike(s). So, down I-91 to I-84, cross the Hudson River, and then pick up 9W south.  Crossing over Storm Mountain we entered a back gate close to the cemetery (we are both card carrying members). 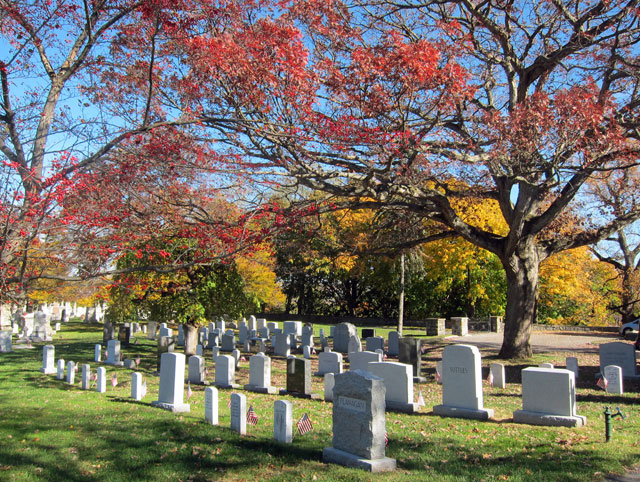 A view of part of the West Point Military Academy Cemetery.

After touring the cemetery, Rob gave me a great tour of West Point.  I had only been to the military academy three times before (early 50s as a Cub Scout, 1970s with my grandmother and boys, and to get a ID card renewal in the late 90s) but never had seen so much of the grounds.

We spent the most time touring Trophy Point which was the original site of the West Point Hotel, but more importantly the strategic bend in the Hudson River.  It was this spot that the chain was placed across the river to prevent the British from sailing up the Hudson to cut off New England from the rest of the country during the American Revolution.  The chain never had to be tested.

This wall along Trophy Point along with many historical plaques was Rob’s Dad’s, Class of 1938, 40th anniversary gift to the Academy. 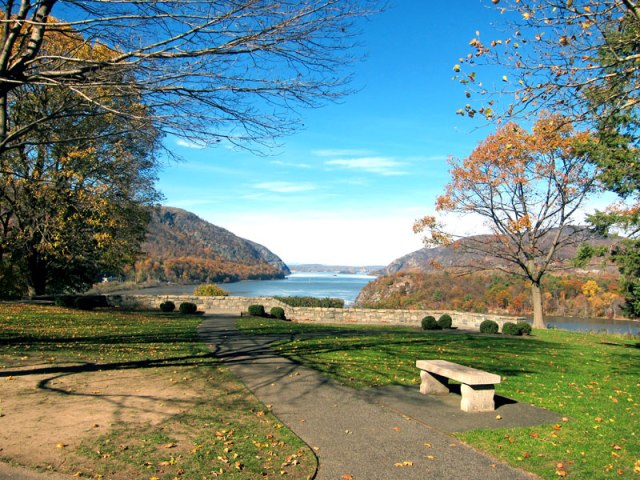 Somehow when I converted this video to a smaller file size to upload it lost some clarity. But you will get the point of the majesty of this area.

Adjoining is the monument to (note) The War of the Rebellion. 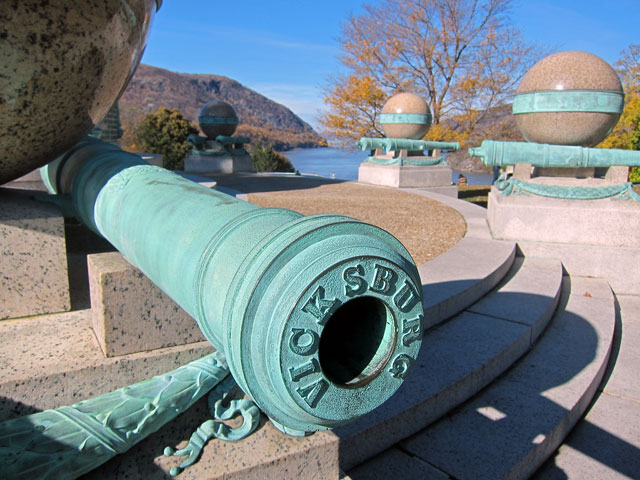 Lobby of the Thayer Hotel

We then had lunch at the Thayer Hotel overlooking the Hudson. Management and renovations have been taken over by a private concern in the past five years.  Fifteen years ago when thinking of staying there I heard bad things, but believe that is no longer the case.  Access to the public has been made easier without having to enter the post — so give it a try (enter from the south)

Rob wanted to share the chapel because of its beauty, and the campaign flags.  There was a wedding going on, and the anxious “wedding planner” shooed us out as the bride was about to go down the aisle.

The Chapel at West Point with campaign flags

Next on Rob’s list (yes I can be a willing, compliant companion) was his traditional stop 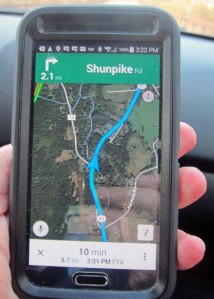 at the Millbrook Winery in Millbrook, New York.   He yelled out, “look at this on my phone!”  Again, I had been at the winery about 15 years ago; but, Remember in February of this year (you had better) that I stumbled upon Shunpike Road – check my February post for more images? Well, here we were at the other end with the winery just off Shunpike Road.

You have seen wineries, but not this light before. 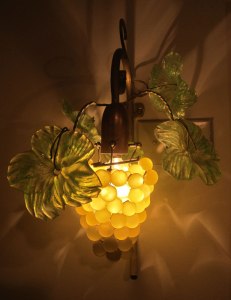 Upon leaving, at the stop sign I jumped out to get a picture.

No, not the Mustang. I told you I am out of my Mustang phase. Enjoyed my 1966 Hardtop and 1965 Convertible in the 1980s.  Remember, I am now on a quest for a 1964 Corvette (leads to a purchase rewarded).  Rob said he saw the driver turn around frightened when I jumped out running up.  Hey, anything for the right photo – of the sign, silly.

We then followed US 44 over to Lakeville, Connecticut, passing though another favorite – Millerton, New York. And from the Lakeville / Salisbury area we continued north on Route 41 towards Great Barrington.  Upon crossing the Massachusetts border into Sheffield, Rob and I simultaneously exclaimed, “Wow, look at that!”  We got a few hundred yards past, and agreed – stop and go back. 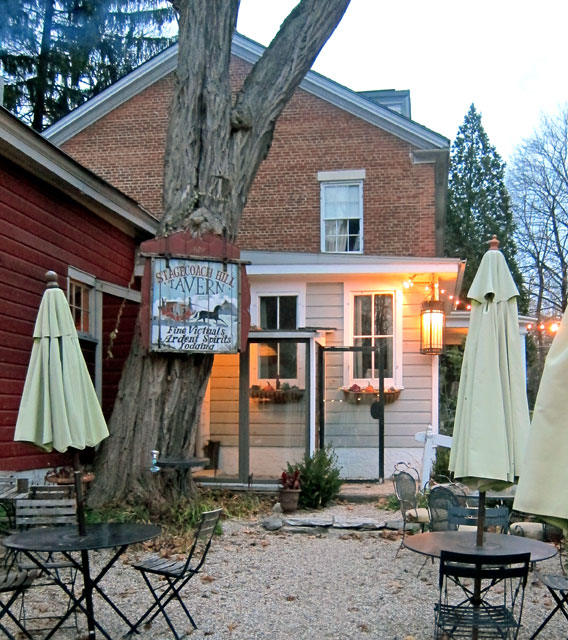 Heading south in the past on Route 41 I have missed this, but going north the STAGECOACH TAVERN just jumps out at you.  We went to the door, “still setting up, open in 20 minutes,” we were told.  We saw the menu posted outside – a fascinating selection of specialty drinks. We looked at each other – The Red Lion Inn was the next planned stop.  “But we are here, and it looks great,” we agreed, and walked around the

grounds and into the adjoining lodge.  And, of course I made some selections from the Tourist Information booth outside.  Once we got in we were thrilled.  We sat at the bar, had yummy specialty drinks (I would tell you, but you know my memory, and they did not list the drinks on their website) and also the Curry Dusted Fried Chickpeas (that was on website – not in my memory).

RAY RECOMMENDS —- make a stop at, and have dinner at the STAGECOACH TAVERN on Rt. 41 in Sheffield, Massachusetts.

And then we arrived at The Red Lion Inn.  Packed – hey, a weekend.  And I told Rob I was pleased to see young families – have to get the young ones hooked and appreciating a finer way of life.  Dining Room host recognized me and we chatted. We could not get a table in the Tavern until 9PM (it was now about 6PM) and were too full still to try to get into the Dining Room.  So, we headed downstairs to the the Lion’s Den.  I had only been there once before in 18 years. Very enjoyable, a nice reasonable pub menu, and a different crowd enjoying the Den from the separate entrance.  But from inside the Inn you can take the stairs down from the Tavern.

Enjoying our selections, I then toured Rob around the Inn, and said good bye to the host. We then shot home on the “pikes” – a full day – but a great day.  Been home now for about 13 hours. Itchy – what is next?