Yes, way too long since I have been “on the road,” actually been able to be “on the road.” In fact, my travels were limited the end of 2015, and some of you know why – my mobility was restricted. Finally found out I had spinal stenosis pinching nerves making walking hard, if not impossible. I never do things the easy way, so in addition I had a herniated disk on one side and growing cyst on the other. Finally, surgery was scheduled for May 3, but a week before another problem flared up, and I was totally immobile. Then following back surgery ileus set in (you have to look something up), and three days in the hospital turned into 17 days vacation in the hospital and rehab.  But, back surgery (including fusion) was a breeze with no pain, no pain meds, and I am on my way to travel – hopefully.

The last week of February I did get to stay with Alex while David and Mari were in Asia, and I had a great time. We usually walk to school, but he understood, and I drove, but we parked a couple blocks away and walked the rest of the way. I usually cover ground exploring when he is in school, but this time I just went back to their house. I had a project that had been “on the list” for about five years – a booklet on Louisa May Alcott’s time in Walpole from 1855-1857. This year our exhibit at the Walpole Historical Society (I am treasurer) is on Louisa, so it was time to finish that writing project, and I basically did so while Alex was in school. A 40 page booklet, which has been well received so far. Copies $5 plus shipping.

And, 102 days ago I told you about my two nights at (where else?) The Red Lion Inn for my birthday present to myself – 13-15 March. But I am “itchy” to get out. Sadly BLACK BEAUTY and BLUE BELLE each have an illness, and LADY RAB, spits water sometimes, but hey, as a friend said to me this morning, “you love to drive, Ray,” so I gave in and headed out with the “new” grey ghost. If I do not go to Plymouth Notch, where else would you find me?  Yes, at the Saint-Gaudens National Historic Site, in Cornish, NH, and today was the ceremony and unveiling of a new bronze cast of ABRAHAM LINCOLN: THE MAN (Standing Lincoln).

It is a short drive, less than an hour, and I drove up bucolic US 5 on the Vermont side of the Connecticut River. I packed a picnic lunch (sadly only for myself), and sat under a tree looking up to Saint-Gauden’s home. 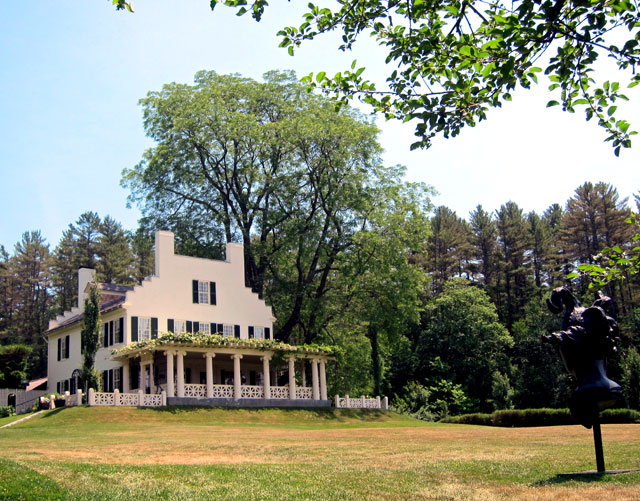 Festivities were to begin at 1PM with music by the 12th New Hampshire Regiment Serenade Band.  I put my picnic basket back in the “van” and headed up to the tent set up for the festivities, and shade. It is sad to be alone, but good often because one empty seat is always still available in the first (or second) row. The band was amazing, not only the music, but the history the gentleman on the right gave on Civil War music and bands at war.

I had to give you 30 plus seconds of what they played – this is the hit of 1855, he said, but of course I cannot remember the tune – tell me what you hear. And, I highly recommend you make the opportunity to hear them and their 1860s music on period instruments.

The ceremony began with remarks by Park Superintendent, Rick Kendall, followed by NH Governor Maggie Hassan (Tara, she asked me why you were not running again).

Fascinating remarks were given by Thayer Tolles, from the Metropolitan Museum of Art, and a Saint-Gaudens scholar. And then, what a treat to hear Harold Holzer, the noted Lincoln scholar. He related that Lincoln made 4 rare campaign speeches in NH when visiting his son, Todd, at the Exeter Academy. But, those were his last speeches – it was not the custom then to go on the road with campaign speeches. Too bad that tradition did not continue.

Then it was time for the band to lead us up to the unveiling of the statue.

Saint-Gaudens received a commission for this statue in 1884 from the Chicago Lincoln Memorial Fund for a sculpture to be placed in Chicago’s Lincoln Park. Finished in 1887, it was this work that brought him to Cornish initially since he was told he could find models with Lincoln’s stature in the area, and he did. Standing Lincoln has become an iconic image of our 16th President, and his son, Robert Todd Lincoln, said it is the best portrait of his father. It was recast and presented to Mexico in 1966 as a good-will gesture.

Work began on this casting in 2009 when the original plaster casts used in 1966 were conserved and repaired. The twenty-one sections once restored were cast in bronze and assembled into the twelve foot statue. A fascinating history brochure was available, and I will cherish my copy. Here is the new cast stature covered by a parachute ready to be unveiled.

And, guess who showed up? Mr. Lincoln himself, a member of the Association of Abraham Lincoln Presenters. 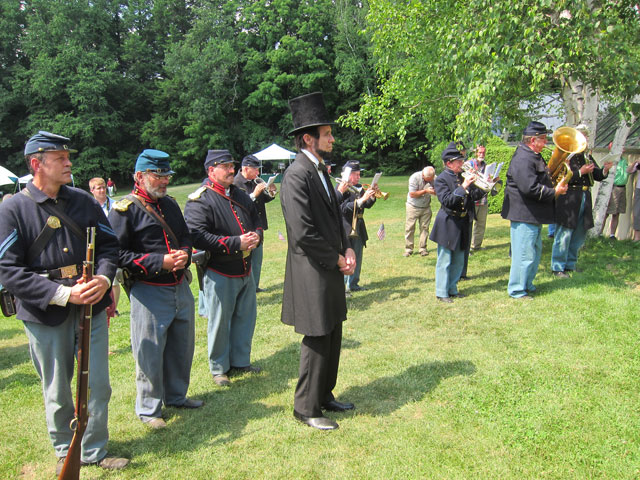 And, it is time for the unveiling. 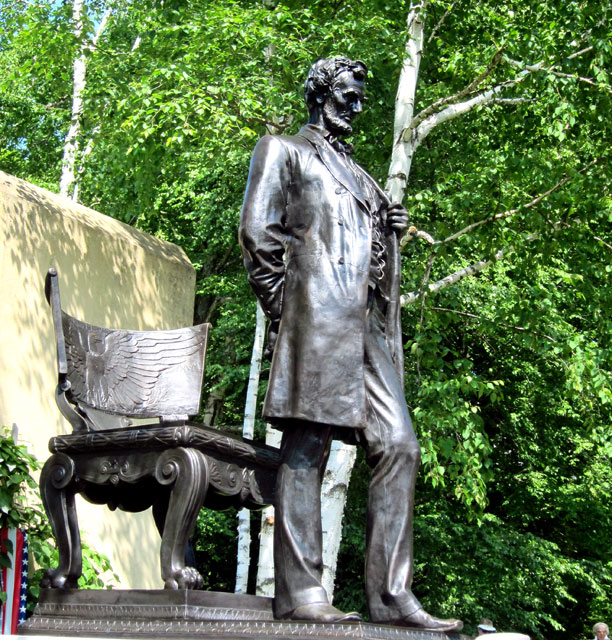 It was a great day to be out, and a wonderful historic event to be part of. Was hard sitting for a couple hours under the tent, but, hey it is supposed to be 6 months to a year for me to be back to “normal” – whatever that is.

I highly recommend visiting the Saint-Gaudens National Historical Site, New Hampshire’s only National Park. I visit three or more times a year. The Sunday concerts at two PM are amazing. Just bring your picnic and wine – remember I was there July 5th last year? Applications for “dates” accepted. 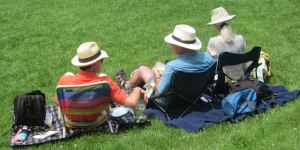 And, here is the schedule for this summer – you can click on the image to enlarge

All I can say is, “RAY RECOMMENDS – VISIT SAINT-GAUDENS in Cornish, NH; and, Calvin Coolidge’s Plymouth Notch, VT.”  Gee, I was at both last year, will history repeat itself?