This past weekend I had a great time visiting my daughter, her husband and three children in New Jersey. You know I never drive a direct route anywhere – no fun. But I cheated on the way down and took the pikes. But in compensation, stopping at the best New York visitor center ever, I needed a hand truck (almost) to get the literature I selected back to the car. All for planning future explorations. But, on the way home Monday, it was an all day trip.

To get to the pikes on Friday I cut across Vermont from Brattleboro to Bennington on Vermont 9. One of my favorite routes. And, in the mountains the colors were just about peak, even in overcast light rain. 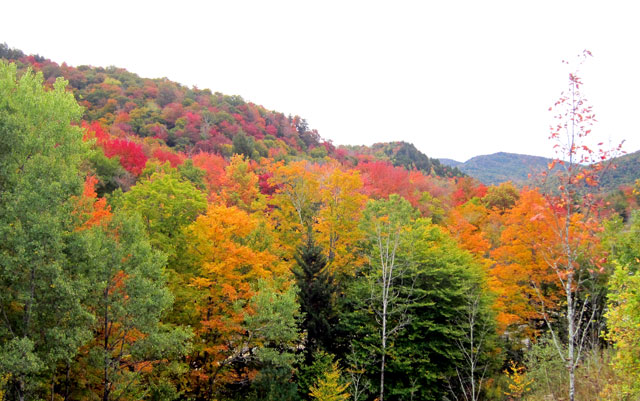 It was a great weekend, albeit cold and rainy. Swim lessons for all three, Devi dressing as a princess for a birthday party, soccer for Nikhil. And, playtime with all three. I arrived to pick the kids up at school with Julie Friday, and left after taking them to school on Monday – a full cycle. Dave, my son-in-law, knowing my love of classic diners suggested I stop at the Summit Diner on the way out of town for breakfast with Julie. But she had a dentist appointment, and I did not ask. But, I decided that when I left I would stop if there was a parking space. There was. 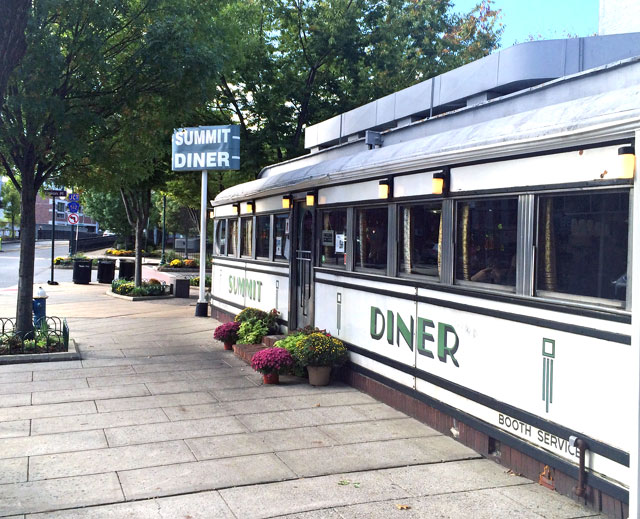 And, my breakfast of choice for diner evaluation is a Western. It was simply “passing.” And, I was overcharged $1.25 when at the register. Sometimes not worth arguing, especially when the “gentleman” there was telling others that they had not seen him since he had been incarcerated – for not paying alimony. Only in America! 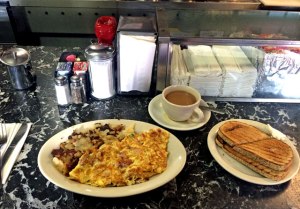 I really had no plans for the way home, but it “hit me” on Sunday to continue with my Hyde Park, NY, explorations. Eleanor Roosevelt’s Val-Kill it would be. You maybe aware of Eleanor’s tenuous relationship with her mother-in-law, and her relationship with her husband (FDR) after his infidelities were discovered. If not, read what you can. Val-Kill came to be the only home that the First Lady ever had for herself, and the only National Historical Site/Park to be dedicated to a First Lady. On one trip home from Julie’s I visited the FDR site and Springwood, and in June (still owe you that trip) with a Road Scholar week, I spent time in the Presidential Library and museum. I did not finish the museum, so more trips are in order.

The Stone Cottage was the first structure built on this Roosevelt picnic spot. It was built for Eleanor’s good friends, Nancy Cook and Marion Dickerman. There was a room for Eleanor to stay in when FDR was away. Here is the Stone Cottage (built 1924-26) as you enter the site. 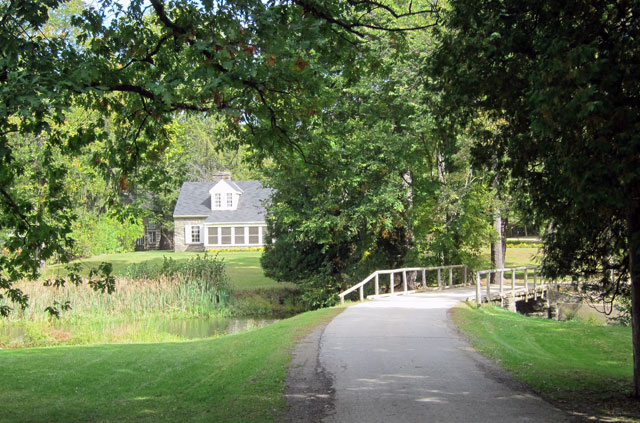 With concern for farmers’ lack of winter income, and trend leaving the farms, Eleanor, Nancy, and Marion established Val-Kill Furniture (named for Valley Stream – Kill is Dutch for stream) to employ local farmers in slack time. This experiment provided learning for FDR’s depression programs. The building below was built (1927-29) for the building of furniture. The business lasted from 1926 to 1936, and Eleanor then converted this building for her own retreat. 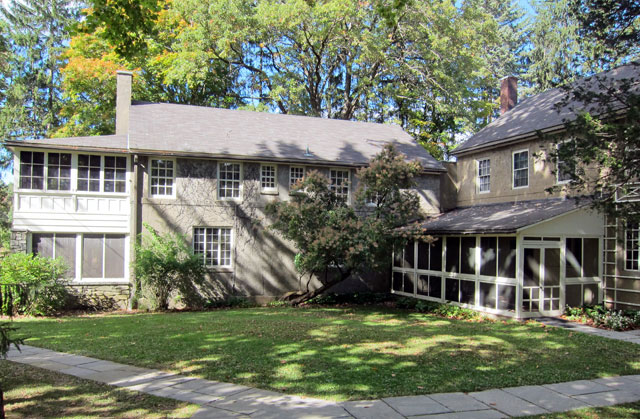 There is a wheel chair ramp in the porch on the right for FDR to enter. On the left, second story, is Eleanor’s sleeping porch. You only get to view three rooms on the first floor. Fire regulations, I bet.

The Roosevelt family owned the property until 1970. When it was sold to investors, the community was upset, and eventually were successful in the government buying the property. All the contents of Eleanor’s home were sold at auction in 1970, but historic images were taken of all that was there. Once the park service took ownership they began tracing auction records to recover the property. Even as late as this spring, items are still being found and returned. Sixty percent of what you see is original to the house.

Eleanor’s study/office was her secretary’s apartment until her death. Here is her original desk. The Val-Kill furniture is essentially colonial revival, and reminded me of Wallace Nutting’s reproductions. 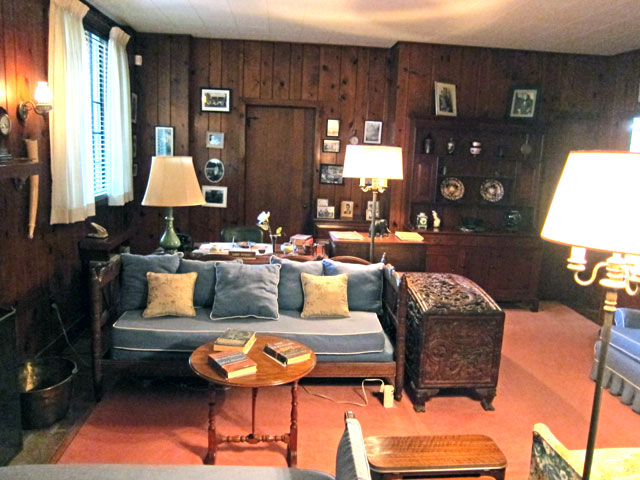 and, the view to the right 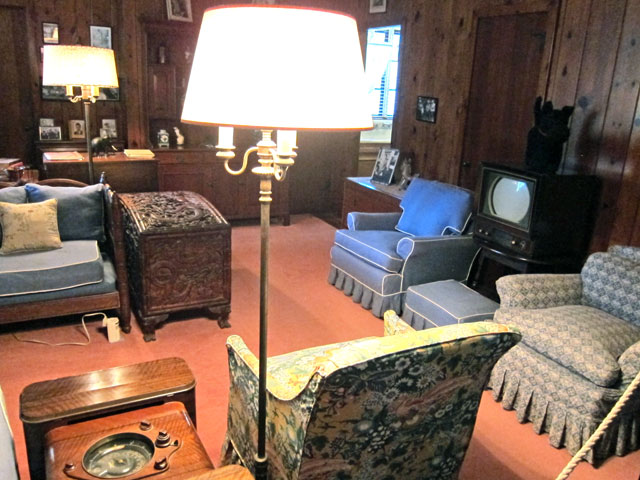 study of the photographs taken after Eleanor’s death enabled the recreation of the books on this shelf, and placed in the same location. I have owned so many of these over the years. 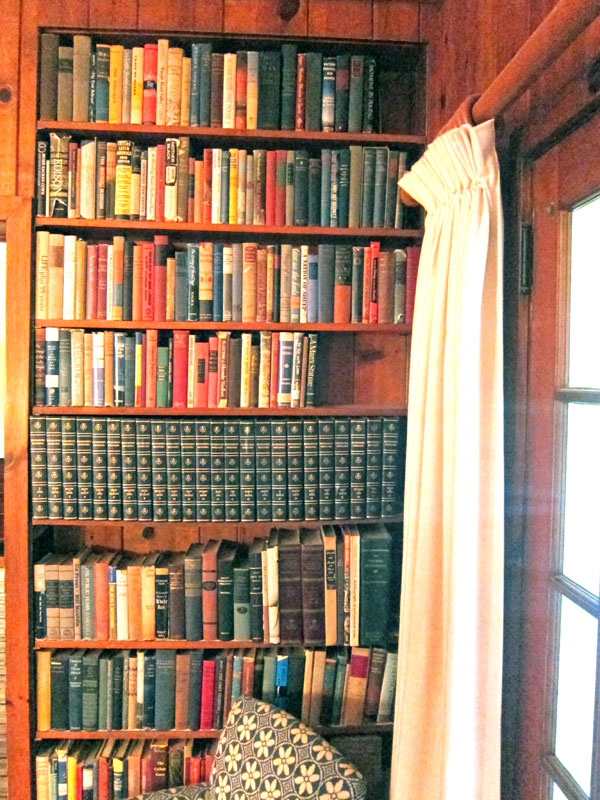 The dining room is set as Eleanor would have had friends over for a picnic. This view replicates what was shown in a 1952 McCall’s article. Meals were simple “comfort food.” 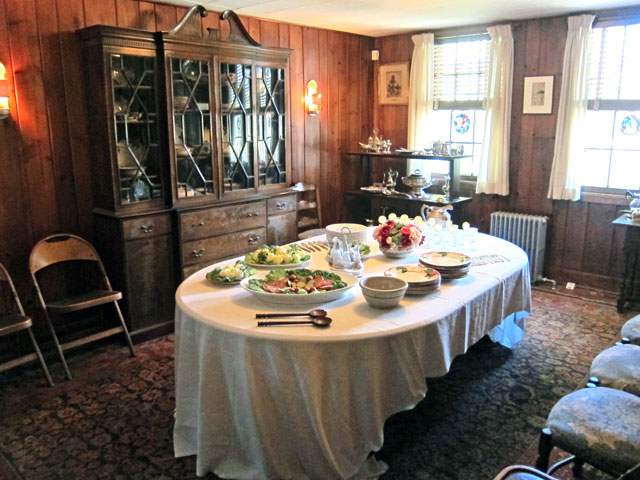 And, the living room would be set with tables and what we would call TV tables for guests to sit with their meal, and eat and converse. In the alcove in the rear, around the circular table, is where JFK met with Eleanor to seek her endorsement for his run for the Presidency. 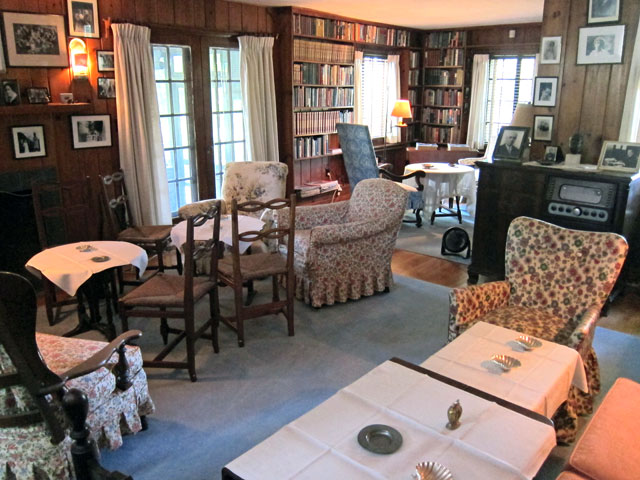 Inside the Stone Cottage is an exhibit of Val-Kill industries. Here is the original “office” with original furnishing in the corner of the main room of the initial studio. 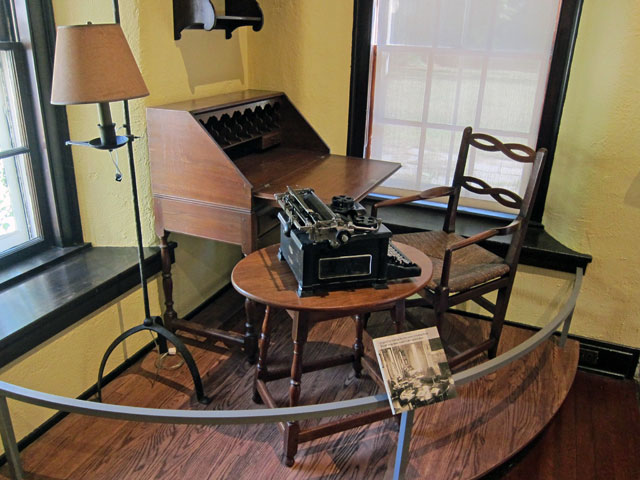 It is unbelievable walking in history’s footsteps. This is the barbecue where so many functions were hosted. It is low in scope so the wheel-chair bound President could flip the burgers. The Playhouse was moved from Springwood when it was passed to the government following FDR’s death. 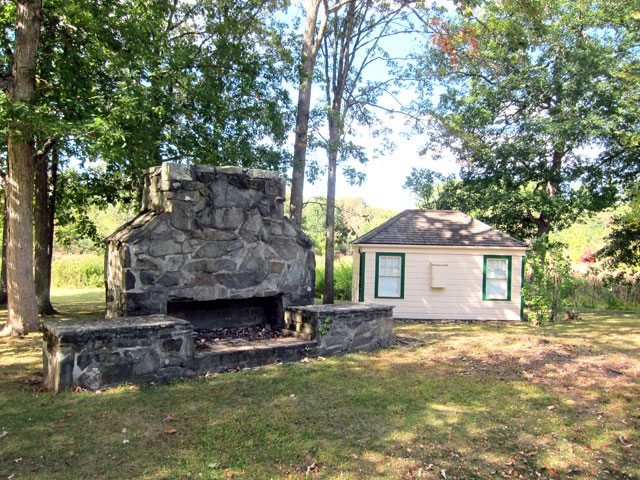 I do not think these words need be described further – just adhere to them. 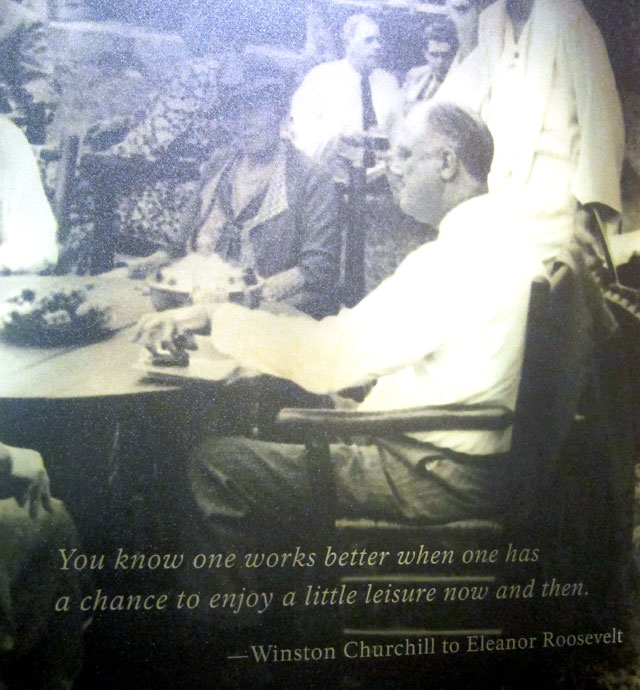 Well, after a very enjoyable and educational 2 1/2 hours at Val-Kill it was time to head toward Stockbridge, MA (guess where). After I browsed an antique center in Hyde Park that my bride and I frequented, WAZE provided me with some great small backroads to US 44 so I could then travel up to Millerton to another favorite antique center there. I absolutely love the drive along NY 22 and US 44, and highly recommend it. From Salisbury, CT, I have a back route which is beyond description in beauty to then cut over to  Great Barrington, and my favorite US Route 7. And then to…. 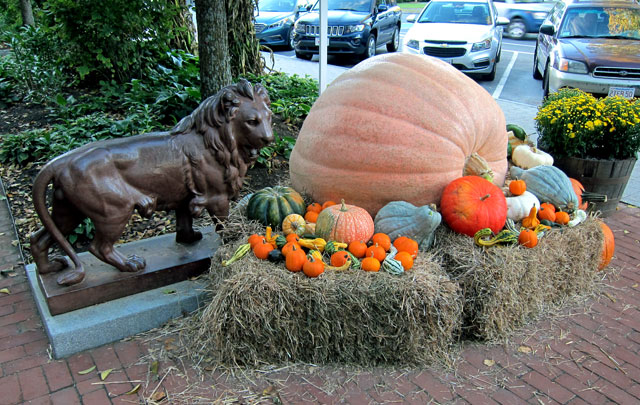 A glass of wine on the porch, and then dinner, and then an easy 100 miles home.

Tour Val-Kill, and all the FDR historic sites in Hyde Park, New York. Visit often, as you cannot do it all in one trip.

EVEN WHEN SHUNPIKING…
You need to watch where you are going 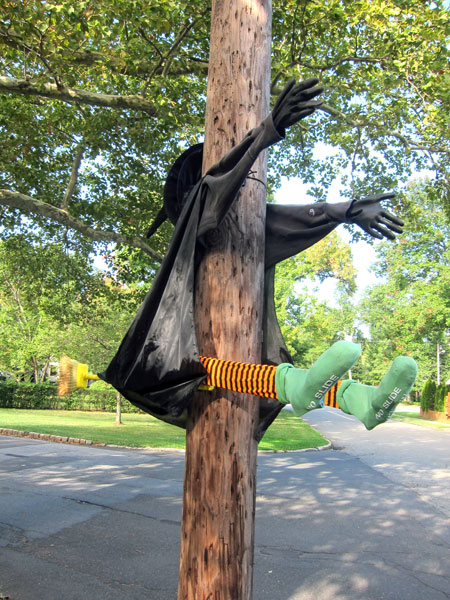